Wearing bright yellow Dupont Tychem Coveralls really stood out.  Nailed it as Devo.  In fact, with the right mask/helmet, we could have doubled as Marty McFly (Darth Vader, from the planet Vulcan) in Back to the Future.  Another strong costume idea. 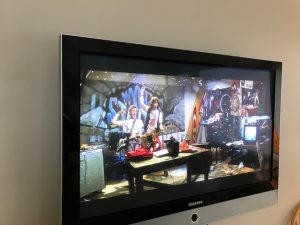 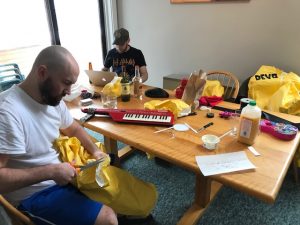 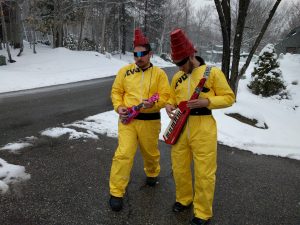 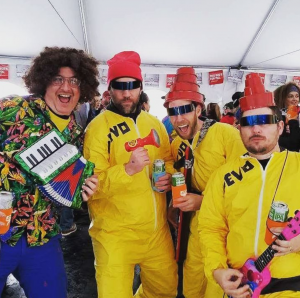 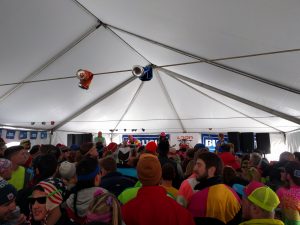 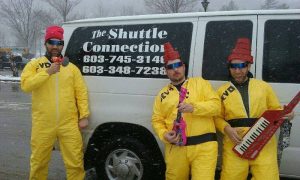 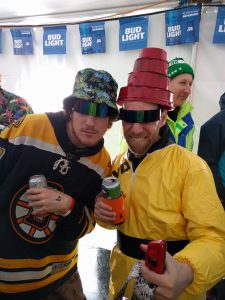 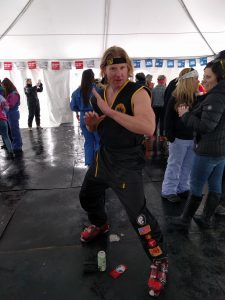 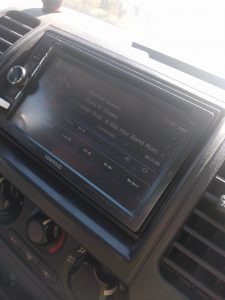